FLUID is a fluidly defined acronym for: e.g. FLUIDly Limitless User Interface Device, where the acronym itself is fluid except that it pertains specifically to User Interface.

(FL_UI_D logo exactly as it was published in the 2005 publication[2])
but for accessibility to the visually impaired, we often use a text-based version of logo for FLUID, written as: "FL_UI_D", in order to keep the emphasis on fluidity of the User Interfaces in particular (as in the original graphical logo).

FL_UI_D describes a number of devices invented by S. Mann, for adaptability to a wide range of users regardless of skill or physical ability.

The above devices all use the FLUIDI (Freely/Flowing/Flexible Limitless User Interface Device Interchange) communications protocol.

FLUIDI, like MIDI, can be used to control a wide variety of multimedia devices, but it is an "undigital" (fluidly continuous) control protocol that works for multimedia (audio, video, etc.) as well as other devices such as fluid process control instrumentation, sensors, and effectors, unlike MIDI which is limited by its need to start and stop events at discrete points in time. 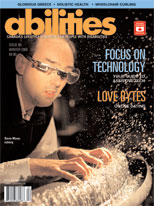 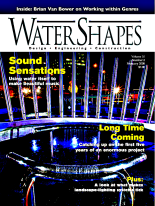